Raja Singh News: Bharatiya Janata Party MLA from Telangana T. Raja Singh was arrested by the Hyderabad police on Tuesday for allegedly making remarks against Prophet Mohammed in a video. However, the said controversial video was later removed from the social media platform. Raja Singh was produced in a local court a few hours after his arrest, from where he was granted bail. Violent protests erupted around Charminar in Hyderabad against Raja Singh being granted bail. During this, Mogalpura councilor Nasreen Sultana raised slogans of ‘Sir Tan Se Juda Ke’ with the supporters.

AIMIM woman councilor Nasreen Sultana along with her supporters raised slogans of ‘Sir Tan Se Juda’ to protest Raja’s bail. Nasreen is a councilor in Mogalpura area of ​​Hyderabad. She had come out in the Shalibanda area to protest against the bail of Raja Singh. During this he made this provocative statement. An alleged video of the entire incident has also surfaced, with Nasreen’s supporters holding sticks and sticks in their hands and scaring people into closing the shops.

For what reason did the court grant bail to Singh?

The court accepted the contention of Raja Singh’s counsel that the police had not issued a notice to his client under Section-41 of the Code of Criminal Procedure (CrPC) before his arrest in the case. Raja’s lawyer later told reporters that the police did not comply with the Supreme Court’s directions which require prior notice of arrest in cases involving a sentence of less than 7 years. There was mild tension in the court premises as supporters and opponents of Raja Singh raised slogans. The police used a mild lathi charge and dispersed the assembled people. 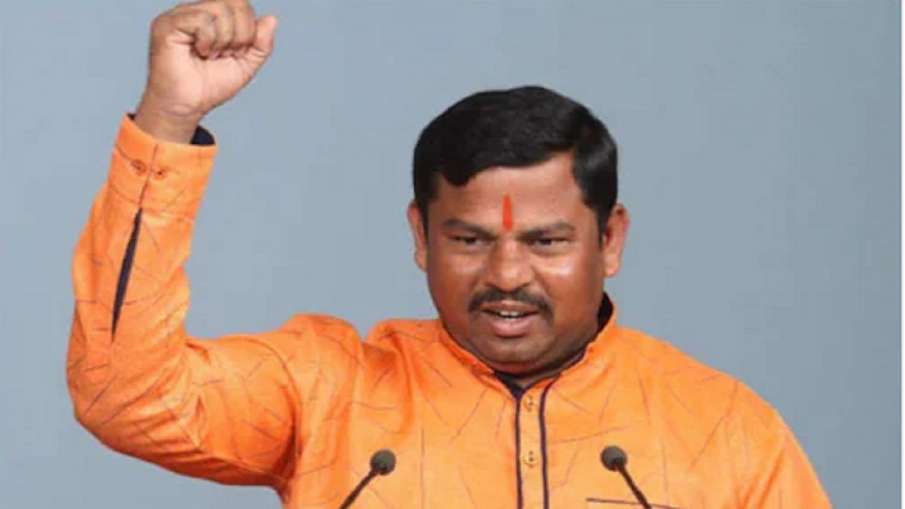 The BJP has also suspended him from the party amid the growing controversy over Raja Singh’s remarks. Following this episode, Hyderabad Police has increased security at sensitive locations. Let us inform that Raja Singh had released a video on Monday criticizing stand-up comedian Munawwar Farooqui. In this video, he is seen making some remarks which appear to be against Islam. Farooqui had recently performed at an event in the city. AIMIM had alleged that Singh had allegedly used derogatory language against Prophet Mohammad.

Supporters said the BJP should take back its decision

On one hand, the supporters of AIMIM are protesting against the grant of bail to Raja Singh, on the other hand, there has been huge enthusiasm among his supporters after the MLA reached the house after getting bail. Hundreds of followers gathered outside Raja Singh’s house and shouted ‘Jai Shri Ram’. Not only this, Raja’s supporters also took selfies with the MLA inside the house. During this, the supporters of Raja Singh have appealed that the decision to suspend him should be withdrawn by the BJP.