Rahul Gandhi: Congress leader Rahul Gandhi on Tuesday again attacked the Bharatiya Janata Party (BJP) and questioned that the party, which calls itself the representative of Hindus, is allegedly creating unrest in the country while the first word in Hinduism is ‘Om Shanti’. taught. A day earlier, the Congress leader hit out at the BJP, claiming that it has proved that hatred can be used for politics and to win elections, but it cannot create jobs.

Addressing a large crowd in Kallambalam on Tuesday evening at the end of the third day of the Congress ‘Bharat Jodo Yatra’ in Kerala, Rahul said that the first thing taught in Hinduism is the word ‘Om Shanti’. He said, “Then please tell me how the party which calls itself the representative of the Hindus is creating unrest in the whole country. Wherever they go, they destroy the harmony, they attack the people, they divide them, they abuse them.”

Harmony and compassion are the essence of all religions: Rahul Gandhi

The MP from Wayanad said, “But the essence of all religions is harmony and compassion. All religions teach us to respect each other and the purpose of yatra is to unite people and keep religion, community, language etc separate.” Giving details of his itinerary for the next day, he said he would pay homage to the famous social reformer Shree Narayan Guru here. On Tuesday, an enthusiastic crowd also turned up for the yatra and hundreds of Congress leaders and supporters were seen marching on the streets without umbrellas amid intermittent rain. 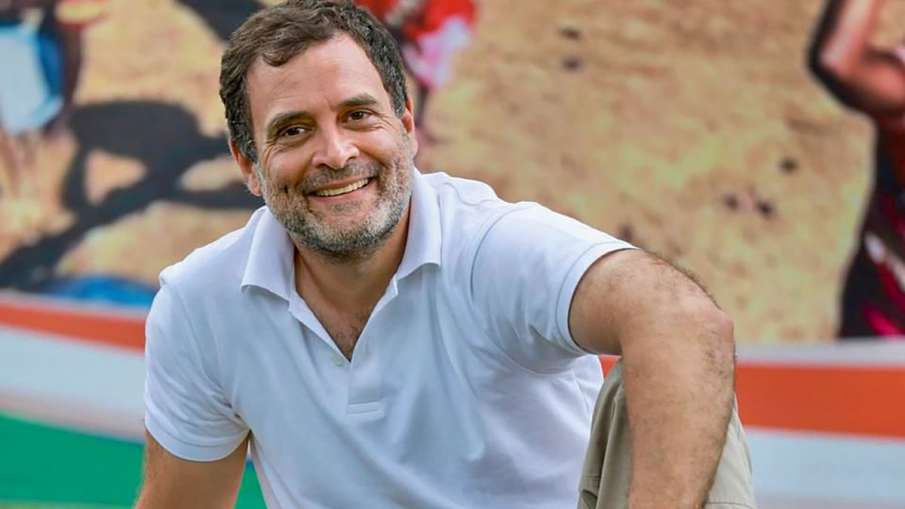 Congress leaders including Rahul took to the streets without an umbrella

Former Congress president Rahul Gandhi has started a 3,500 km long padyatra from Kanyakumari to Kashmir. He said those involved in the yatra have got blisters on their feet, but the campaign will continue. A large number of people were seen standing on the side of the roads to greet Congress leader Rahul Gandhi and the pedestrians. During the rain, Congress leaders including Rahul walked the streets without an umbrella. In a Facebook post, the Congress leader quoted lines from a Hindi poem: “Though we have blisters on our feet, we have set out to connect the country, we will not stop.” He also shared a video clip related to it. The journey started from Kanyapuram near Kazhakootam here around 7.15. During this, an enthusiastic crowd of people was seen as the last two days of the Kerala phase.

During the ‘Bharat Jodo’ Yatra, a distance of 3,570 km will be covered from Kanyakumari to Kashmir in 150 days. Congress General Secretary (Communications) Jairam Ramesh tweeted: “During today’s lunch break in Attingal, Rahul Gandhi listened to MGNREGA workers and people protesting against Kerala.” The journey, which resumed at 5 pm, ended here at Kallambalam Junction. Notably, the 150-day Pad Yatra began from Kanyakumari in Tamil Nadu on September 7 and will pass through 12 states and two union territories. The Yatra reached Kerala on the evening of 10 September. During this yatra, a distance of 450 km will be covered through seven districts of the state in a span of 19 days. After this this yatra will reach Karnataka on 1st October.

Congress President Election Nomination process starts from today, there is a possibility of a contest between Tharoor and Gehlot