Lucknow: Younger daughter-in-law of Samajwadi Party (SP) founder Mulayam Singh Yadav Aparna Yadav met Bharatiya Janata Party (BJP) Uttar Pradesh unit president Bhupendra Singh Choudhary in Lucknow on Thursday. Aparna had joined the BJP just before the Uttar Pradesh assembly elections held earlier this year. Aparna has shared pictures of the meeting with the state BJP president on her Twitter handle. Although Chaudhary has also shared pictures of other party leaders and workers who came to meet him at his residence, but after Aparna’s meeting with him, there are various speculations as the Samajwadi Party won the Mainpuri Lok Sabha seat on Thursday even Dimple Yadav , wife of party president Akhilesh Yadav and former Member of Parliament, has been nominated for the by-election.

Mainpuri seat vacant due to death of Mulayam Singh

Mainpuri Lok Sabha seat SP founder Mulayam Singh Yadav Vacant due to his death. Dimple Yadav has been the MP from the Kannauj seat in 2012 and 2014. However, no information could be found on what transpired between Aparna and state BJP president Chaudhary. The BJP is yet to announce its candidate for the Mainpuri Lok Sabha by-election. A BJP spokesperson said there is a process to announce the candidate for any election or by-election. 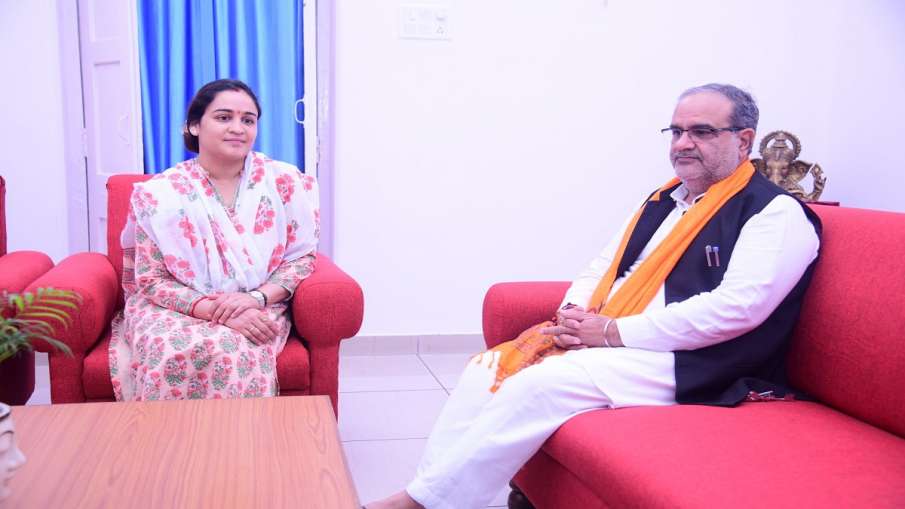 Decision will be taken in CM Yogi’s meeting
At the same time, let us tell you that in the meeting with UP Chief Minister Yogi Adityanath on Friday, all eyes are on what is the decision regarding the by-election. BJP is not giving Aparna Yadav a chance in these by-elections, the answer is expected on Friday. The dates for the by-elections for the Mainpuri seat have been announced. Voting will take place on December 5th and the results will be available on December 8th.