Supertech Twin Towers: The Supertech Twin Towers in Noida, adjacent to Delhi, has now reached the final stage of its demolition. The Twin Towers will be demolished at 2:30 on Sunday, August 28. The Commissioner of Police of Gautam Budh Nagar reached the spot to take stock of the security arrangements, traffic management etc. for the people living around it regarding the demolition of the twin tower. He, along with the director of the Twin Tower demolition company Edphis and the engineer of Jet Demolition, visited the site and inspected the surrounding area.

Police Commissioner Alok Singh will be present with his team

DCP Traffic and DCP Central with Commissioner of Police Noida was also present. Spoke to officials about the Alok Singh route. He has also spoken with Edfis’ engineer. In terms of security, Commissioner Alok Singh will also be present with his team on the day of the demolition of the twin towers. Police Commissioner Alok Singh said export companies like Edifice and Jet Demolition are working in this entire work and along with them Noida Fire Brigade, Traffic Department team and local police are working continuously. 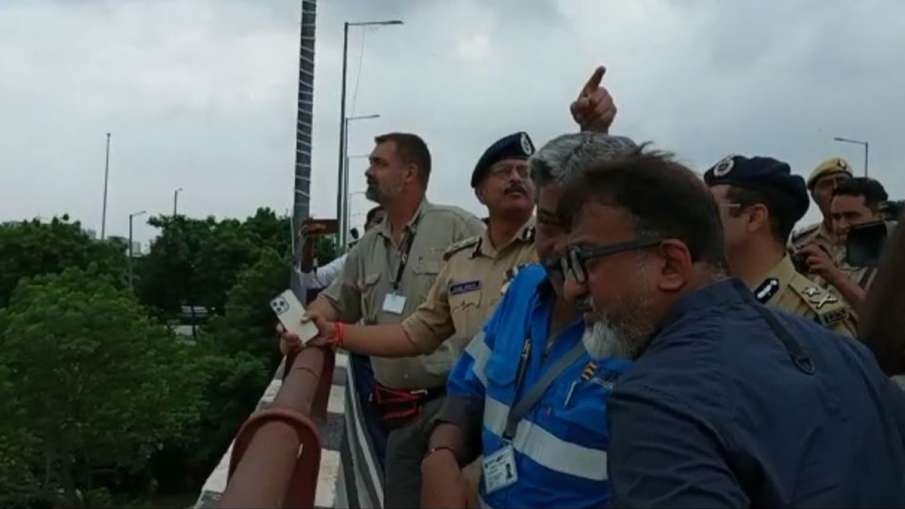 people around in panic
At the same time, let us tell you that the concern of the people living in the Supertech Emerald Court is constantly growing. The people living in this society are forced to live in the shadow of fear. People do not feel safe here with their families. Pratap Chakraborty’s apartment living in Supertech Emerald Court is not even 9 meters away from the twin towers. He bought this property in 2018 for 90 lakhs by investing his life’s hard earned money. Since then, his family’s happiness has been lost. Pratap Chakraborty says it is difficult to say how much he will suffer due to demolition. He and his family are forced to live in fear.

Congress President Election Nomination process starts from today, there is a possibility of a contest between Tharoor and Gehlot