Cheetah in Kuno: of Africa Namibia After the change of the Indian destination of a special cargo plane with 8 cheetahs from India, the customs department was quick to give approvals so that these wildlife came to India by crossing the continent as part of the historic campaign under the Kuno National Park (KNP) To be transported safely to their new home as soon as possible. A senior official involved in this campaign gave this information on Wednesday. The official said the government had earlier planned to land a special cargo plane carrying these cheetahs in Rajasthan’s Jaipur on September 17, but later changed the plane to land in Gwalior.

He said he came to know about the change in the Indian destination of this flight on September 15. According to the official, the customs department in immediate coordination with the forest ministry and other government departments gave all permissions to land the cargo plane at Gwalior instead of Jaipur so that African cheetahs could be transported to KNP at the earliest. “We found that cheetahs are being brought from Namibia to India on empty stomachs and they need to be taken to KNP at the earliest to acclimatise them to the new climate,” the official said. So we got our work done as quickly as possible.” 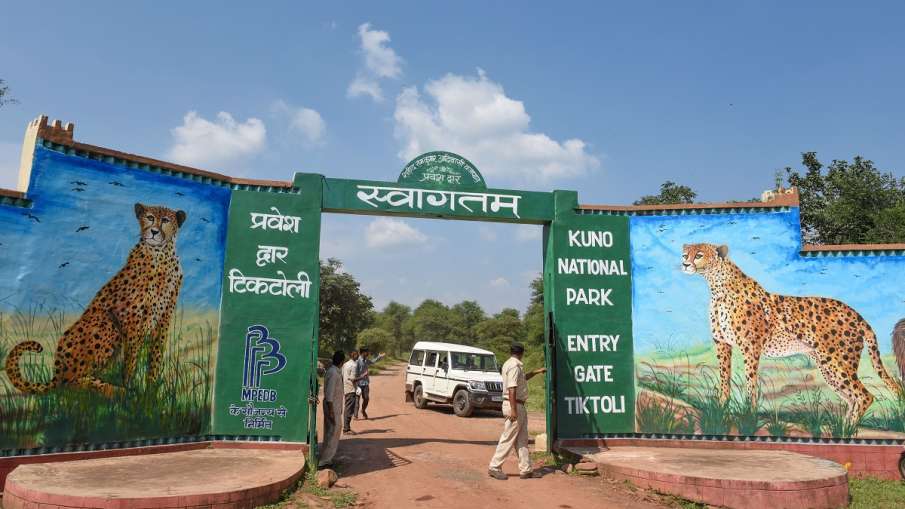 Team of officers from Custom Department was posted in Gwalior
He said a 15-member team of customs officers was stationed in Gwalior to facilitate the cheetahs’ journey to KNP. Notably, after completing the formalities in Gwalior, the Cheetahs were sent to Palpur village near KNP by two Indian Air Force helicopters.

Cheetahs came to India under a special project
Prime minister Narendra Modi The cheetahs, brought to India from Namibia, their home some 8,000 km away, were released into the KNP’s segregation enclosures on September 17 on the occasion of their birthday. These efforts are being made under “Project Cheetah” to rehabilitate this wild animal, which was declared extinct in India in 1952.